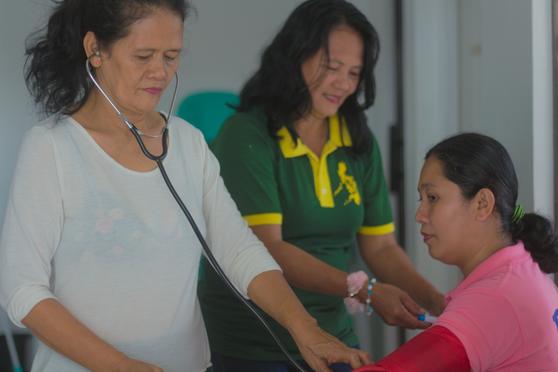 November 8, 2013. The day the strongest typhoon in history hit Tacloban City. Many lives were lost - our friends, our dear loved ones. Businesses were destroyed. 4 years have passed but it all still manages to stay fresh in my memories. 4 am that day, I was with my family, praying hard even when the windows shattered and our neighbours’ walls started falling apart. Then I heard people shouting - I thought it was people being forced into evacuation, but in reality they were shouting because the water was rising from the storm surge. Due to fear and shock, I couldn’t move, let alone speak. I was being pushed upstairs by my children because the water kept on rising. I saw our neighbours, about ten families trying hard to get to our side of the house in order to get saved. At the peak of the typhoon, I was thinking, worrying about my eldest child, praying for safety for him and his family.

Time passed, the wind and rain finally came to a stop. I saw how damaged the houses were and how badly the animals were inured, as well as how many families were mourning about their lost loved ones. We went to another house already filled with people. There, we ate left over food which was floating around because of the flooding from the typhoon. We stayed there until all the food was consumed. 3 days after the typhoon, we decided to go to Baybay, Leyte where there was a family that would give us shelter. Because there were no cleared roads (they were covered in debris dead animals/people), we just walked. While walking, we got caught in the rain, tired and hungry - especially my grandchild. By night time, we reached Tanauan, Leyte, and sitting beside dead animals and people, we rested.

At around 2 am, at last, a bus going to Baybay, Leyte came by which we were able to ride. We reached the house we were supposed to stay, but we were refused entry - the people living there thought we were going to steal from them. No matter how much I begged, they refused to give us refuge. In the end, we gave up and left, even with the heavy rain pouring down on us. At that time, we endured many obstacles and we faced many problems and hardships, but still, here we are alive and happy. I thank God for giving us a second chance, for guiding us, and for helping us to become much more stronger. 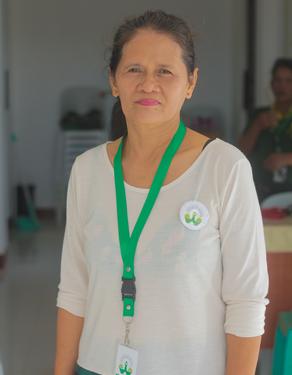 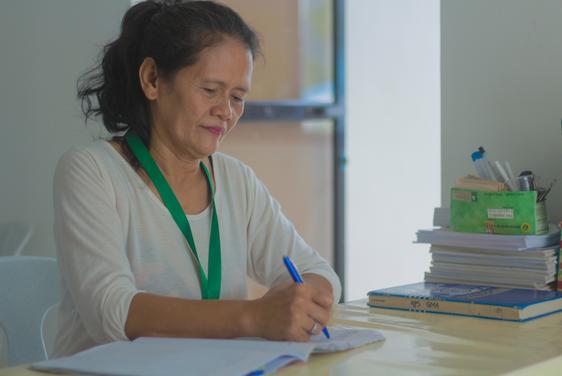