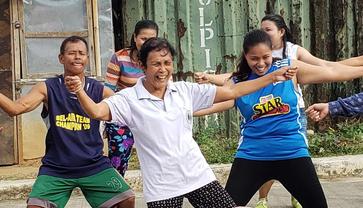 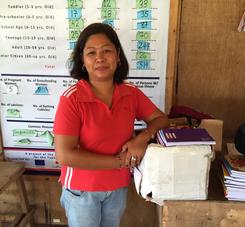 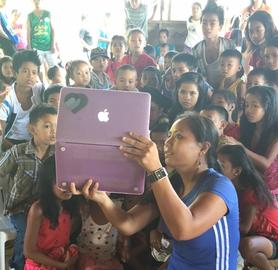 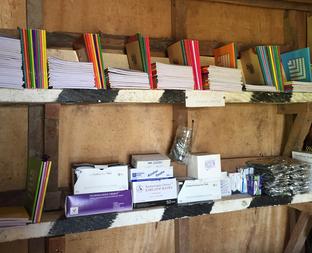 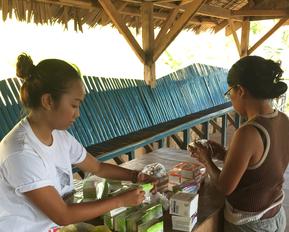 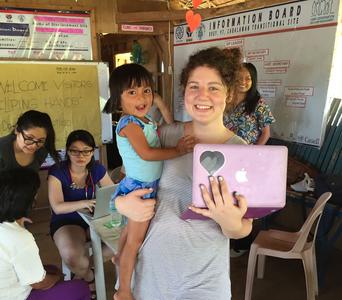 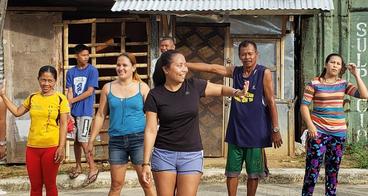 AFTER BECOMING A REGISTERED CANADIAN CHARITY

The Helping Hands Philippines is officially approved as a registered Canadian charity.​ 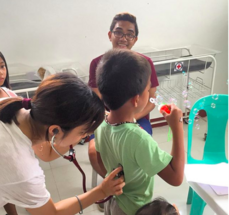 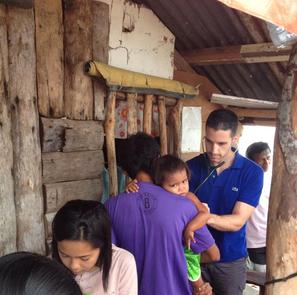 PRIOR TO BECOMING A REGISTERED CANADIAN CHARITY

Ongoing health records for each patient 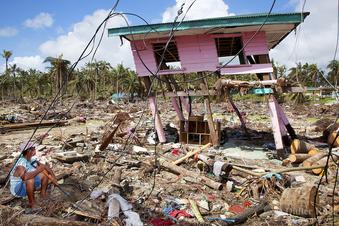 The following lessons were learned/changes were made:

1. Incorporating group exercise sessions is desired by the community and an integral intervention supporting community health and cohesiveness.

The following lessons were learned/changes made:

1. Now that the community is in a permanent location, long-term goals can be set to improve the overall health of the population 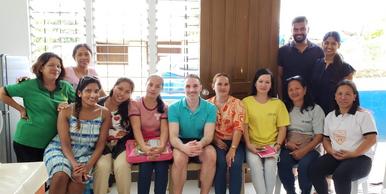 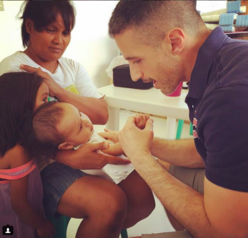 Over four weeks in February 2016, The Helping Hands Philippines has its first medical project as a registered Canadian charity. Dr. Michael Bartucci, three family medicine residents from the University of Toronto (Dr. Kathryn Marsillio, Dr. Susan Zhu, and Dr. Warda Iqbal), two Canadian nurses (Aletta Vanderhoeven and Taylor Geary), and a Canadian recreation therapist (Tessa Vanderhoeven) returned to Cali for the the third medical outreach iteration. A demograhics survey was repeated and a local community health worker manual was created. With the help of local volunteers, over 200 patients were seen and weekly health education sessions were provided. Our relationship with the local Suhi community health centre was solidified - nurse volunteers came mainly from the Suhi health centre. Members of the city government and federal government were also engaged in our project, and very supportive of our efforts to train community health workers as a way of building capacity into the already-existing public health care infrastructure.

The following lessons were learned:

2. The demographics of the community showed a much improved socioeconomic picture from the previous year, although many families were still living on less than $2 USD per day 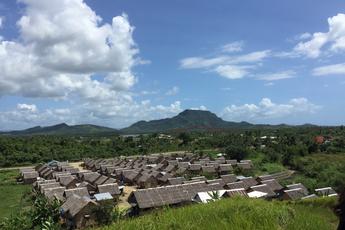 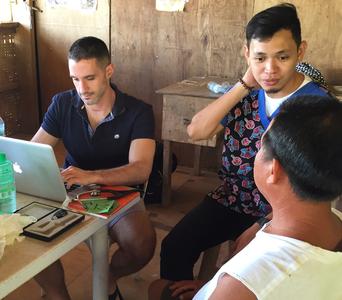 Six months after super typhoon Haiyan tore through the Philippines, Dr. Michael Bartucci raised approximately $3000 and coordinated his first medical project in a waterfront area of the city called Alimasag. Alimasag (which means "crab" in the local dialect of the region, reflecting the primary catch of fisherman of the village) was almost completely decimated by the typhoon - the population dropped from ~10,000 people to only ~800. This region also felt neglected by other aid work efforts. Over a three week period, Dr. Bartucci and many local medical students, nurses, and volunteers saw around 250 patients with various ailments.

The important lessons learned during this first medical project were:

1. Health education was very sorely needed, such as:
- reproductive health
- nutrition for children
- the value of immunizations
- proper and safe use of over the counter medications

2. Sustainability would require:
- the production of ongoing paper medical records, and
- the training of a local community health worker to act as a health resource and to continue health education sessions

Dr. Michael Bartucci returned to the Philippines for the second iteration of medical outreach in May 2015 for four weeks. The area of the city known as Alimasag was now considered a "no build" zone due to its proximity to the water and vulnerability during typhoons, and thus the population had been mostly relocated to an inland transitional shelter called Cali. Building on the experiences of April 2014, Dr. Michael Bartucci and local volunteers administered a demographics survey to the community of Cali, which also requested input from the community in regards to their health education needs/desires. As a result, there were weekly education sessions on topics such as reproductive health, nutrition, smoking and alcohol use, and proper over-the-counter medication use. Furthermore, written medical records were created, and a local community health worker was recruited, RubieLyn Chu. RubieLyn was already trained as a midwife, but unable to work at the time due to the trauma of seeing blood after the typhoon. Dr. Bartucci trained her to run general education sessions and to maintain health records.

The lessons learned during this second medical project were:

1. The demographics survey showed the typhoon survivor population in Cali was living in poverty - family incomes were generally less than $2 USD per day
- the main public health insurance system in the Philippines requires monetary input, which most typhoon survivors in this region cannot afford
- access to the medical services and health education sessions we provided was seen as needed and desired by the local population

2. Health education is paramount and greatly desired by the community

Our next medical project will be occurring from February 10th to March 8th 2020. Please see our future projects page for more details. 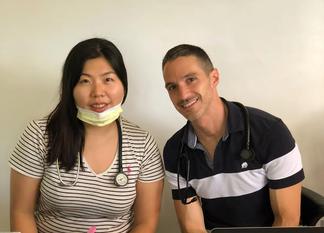 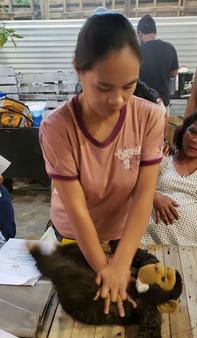 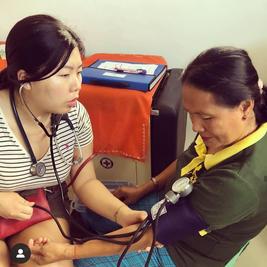 One month after super typhoon Haiyan tore through the Philippines, Dr. Michael Bartucci visited Tacloban City to see his friends who had lost loved ones and their homes and livelihoods in the storm. During this visit, he witnessed first-hand the gaps in medical aid provided by other organizations, and decided to coordinate a medical project that engaged local people and had sustainability as a primary goal.

The Helping Hands Philippines became a registered Canadian charity in January 2016, and thus its activities can be divided into projects completed prior to registration and after registration. Below is a brief account of our medical projects in April 2014, May 2015, February 2016, and April/May 2017. Our next medical project is set to occur in May 2018, please read more about our future objectives on our Future Projects page.

Over four weeks in February/March 2019, Dr. Michael Bartucci, two family medicine residents from the University of Toronto (Dr. Sahaana Rangarajan and Dr. Hetal Patel), a sanitation worker from the city of Toronto, and a fitness instructor from Ottawa (Fred Kung) travelled to Tacloban City to provide medical outreach and community health worker training in GMA Kapuso Village. On this iteration, a research project on our hypertension training module was done by Dr. Hetal Patel which revealed our community health worker training on hypertension management is successful at transferring skills and knowledge to our Focused Barangay Health Workers. We also drafted a charity work and research flow diagram, and added a new module to our training manual - Emergency Medical Care. Our sanitation worker colleague liaised with local environmental NGOs and started the process of incorporating waste management and awareness in our training. Furthermore, Fred Kung provided some incredible dance fitness classes (see pictures on the left!). He was loved by GMA Kapuso village and we hope he returns!

The following lessons were learned/changes were made:

1. The Focused Barangay Health Worker (FBHW) training manual and training methods seem to be successful at transferring skills based on a pilot study on our hypertension module. More research will be needed to study each module individually.

- emergency medical care in the community

3. Waste management and awareness must be incorporated into our FBHW training and community education, especially given the state of environmental crises in the Philippines and worldwide.